You are here:
Syracuse UniversityVictims of Pan Am 103 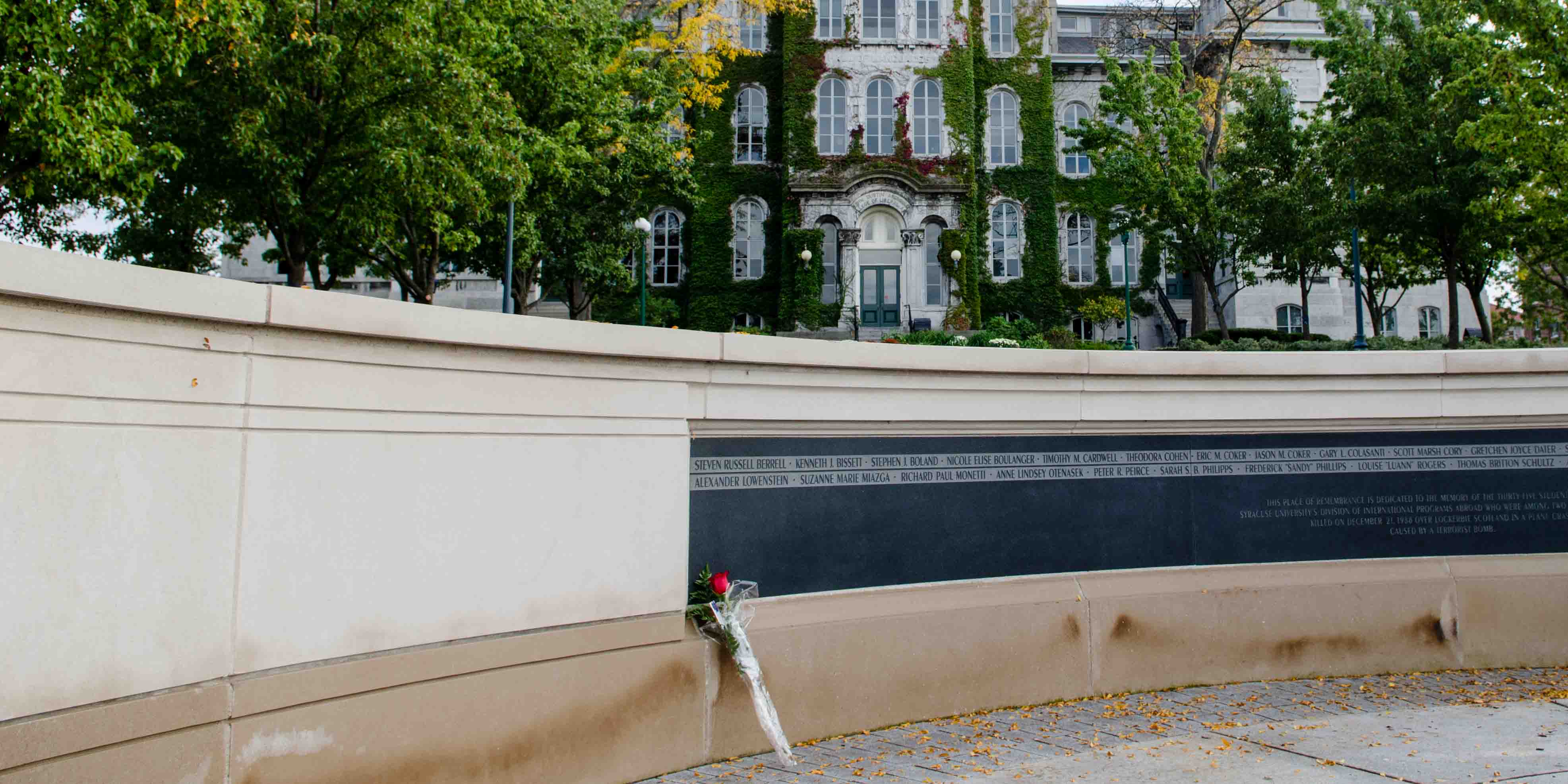 Last year, I cited an article detailing the possibility that Suse Lowenstein’s Dark Elegy had finally found a permanent home. Though the plan to place the sculptures in Montauk’s Kirk Park fell through, several Remembrance scholars approached her with the idea of petitioning Syracuse University to create a permanent home for the work.

The petition has over 500 signatures as of this writing.

Lowenstein created the work, which consists of 75 female forms locked in the throes of grief, in the years following the death of Alexander, her son, on Pan Am 103. The project grew over time:

“Initially I portrayed myself, not only at that moment of hearing the heartbreaking news, but also in varying positions of grief, rage and hopelessness. Soon other mothers and widows asked to participate; each one having lost loved ones on this fateful flight.

There are 75 larger than life-size pieces, each portraying a mother or wife at that moment when they first heard the awful news of the death of their loved one to that terrorist act.”

Syracuse University’s Student Association is currently considering a resolution in support of the petition:

“Evangelista said the resolution would say SA supports having Dark Elegy on campus, considering that Pan Am 103 is a huge part of SU’s history. It is not clear where the memorial would be located; Evangelista said there had been some discussions of having it in the grass area between Maxwell and Crouse or in between the current memorial of Pan Am 103 and the Hall of Languages.

‘It’s a big part of what our campus is and the principles that we stand for,” Seedat said in a post-meeting interview. “Being a Remembrance Scholar is one of the biggest (honors) you can have on this campus, and I think it is really amazing to represent that even further.'”