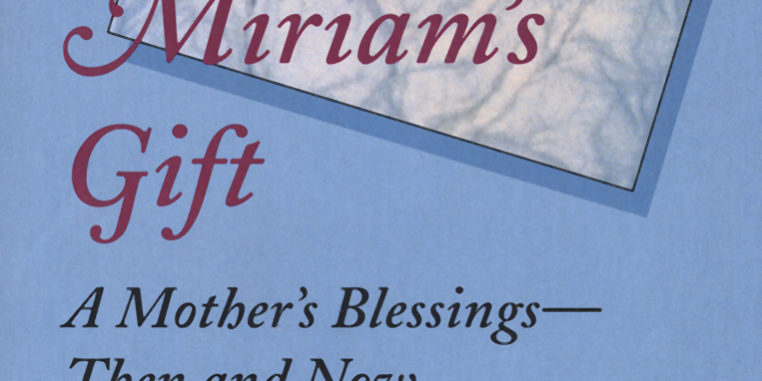 The first books covering the bombing of Pan Am 103 appeared within appeared within months of the tragedy. Over a dozen others have followed in the 25 years since the Lockerbie bombing.

The following reports and books approach the disaster from a number of perspectives. Some are forensic, some journalistic, some intensely personal. I’ve chosen to focus on credible accounts written by journalists and family members rather than dubious works such as Lester Coleman’s Trail of the Octopus.

Both reports provide factual information about the details of the flight, the explosion, and the ensuing disintegration and crash of the aircraft.

Among the first books written about the bombing was The Fall of Pan Am 103, published in April, 1990—less than 18 months after the tragedy. Authors Steven Emerson and Brian Duffy were among the first to publish material on the disaster. The rush to publication naturally limits the usefulness of the text. Though their calls for increased security and regulation mirrored those of the families, their belief in the Popular Front For the Liberation of Palestine’s involvement in the bombing would be proven erroneous in the ensuing years. Their research, compelling when I first read the book in 1990, failed to survive the test of time (though it’s crucial to recognize this as a product of the times rather than a failure of journalistic integrity; indeed, Emerson played a vital role in exposing Lester Coleman’s fraudulent claims in the early 1990s).

Emerson and Duffy concentrated their energies on advocacy and political machinations; a number of the victims appear briefly, but the work doesn’t delve on the personal nature of the bombing or the plights of the families involved.

Cox, Matthew, and Tom Foster. Their Darkest Day: The Tragedy of Pan Am 103 and Its Legacy of Hope. New York: Grove Weidenfeld, 1992. Out of print. Available used on Abe Books and Amazon.

Twenty five years ago, Syracuse-based Journalists Matthew Cox and Tom Foster were among those who put together a deeply personal series of vignettes about several victims and their families. Published in the Syracuse Post Standard on May 7, 1989, “The Darkest Day” remains one of the most detailed, sensitive, and heart-wrenching accounts of the bombing and its effects on several families—including the Hunts.

In 1992, Cox and Foster expanded their work into a book: Their Darkest Day: The Tragedy of Pan Am 103 and Its Legacy of Hope. Published nearly a decade before the trial at the Hague, the book nevertheless remains a valuable resource due to the authors’ focus on the victims, the families, and the formation of Victims of Pan Am 103 and the other advocacy groups. Much of the material in Remembering Karen was drawn from both of these sources.

Cox and Foster are masterful storytellers, and their positions as journalists in one of the cities hardest hit by the tragedy, combined with their sensitivity, allowed them to draw a considerable amount of personal information from the families.

The work isn’t exclusively focused on victims and family members. The passage describing the seconds following the explosion on board the doomed flight is a chilling portrait of the horror of the bombing.

As the work appeared in 1992, there is relatively little regarding the investigation; to their credit, the authors avoid undo speculation about the perpetrators and the efforts to bring them into justice.

Like many of the students on board Pan Am 103, Miriam Luby Wolfe was a talented young woman with a multitude of interests. Miriam’s Gift, published in 1999, is Rosemary Mild’s touching homily to Miriam, the daughter who never made it home on the night of December 21, 1988. Mild weaves together a compelling portrait of this complex, multifaceted young woman. As with Karen, I immediately found a number of commonalities with Miriam—we shared a love of literature, both of us were often frustrated with classmates (Mild’s description of the condition of Miriam’s freshman dorm bathroom following a typical weekend brought back some all-too-familiar memories), and we shared a fascination with psychology and deep, philosophical conversations. Though I never made it to Darien Lake in the summer of 1988, I was quite familiar with the amusement park south of Buffalo where Miriam worked as a singer in the months before she left for London.

Miriam herself provides much of the source material for Miriam’s Gift through her extensive, thoughtful, and articulate letters and journal entries. Mild incorporates the material effectively, though sometimes a bit abruptly, into several chapters of the book. The bulk of the work deals with Miriam’s college experience and the aftermath of the tragedy, though Mild fleshes her daughter out through a series of memories and vignettes which are often tied to objects, locations, or notes. Understandably sentimental at times, the work also shows Miriam through the loving and sometimes critical eye of her mother. Mild isn’t afraid to cite her daughter’s occasional flaws and frustrations—Miriam’s zealously political nature comes through in several stories, as does her occasional penchant for drama of a non-theatrical nature. These are qualities many of us can recall from our early 20s, and I believe that a college-aged reader would immediately relate to many of Miriam’s concerns, foibles, and struggles. These details do nothing to detract from Miriam as a person—in fact, Mild’s depiction lends an admirable degree of humanity to her daughter.

Miriam’s World contains an abridged version of Miriam’s Gift, several new chapters added after the trial in 2000, the September 11, 2001 attacks, and the release of Abdelbaset al-Megrahi in 2009, as well as a poignant chapter about Mild’s often heart-rendering decision to sift through and, in some instances, let go of some of Miriam’s possessions.

Yet for me, the most significant additions were a number of poems, essays, and short stories. Though at least one reviewer faulted the inclusion of this material, the act of allowing Miriam to speak for herself is both moving and empowering.

Both works take us through the a biographical topography shaped by a mother’s recollections, a daughter’s writings, and the the horror of the bombing of Pan Am 103. Mild’s works take us through Miriam’s life in an effective, often unconventional way. Her writing is crisp, well-paced, and polished, though some of the transitions into Miriam’s work seem a bit abrupt. The Kindle edition of Miriam’s World is quite readable, though some of the photographs are distorted, possibly due to the translation to the eBook format. The are quibbles—for those interested in the life of one of those lost on flight Pan Am 103, her mother’s immediate reaction to the disaster, the long road through grief and political activism, and the difficult decision to part with a number of meaningful objects as part of her recovery from a shocking loss, these are invaluable texts.

The Longest Night is Helen Englehardt’s account of her emotional journey through 1989, the year after she lost her husband, Anthony Lacey Hawkins, on Pan Am 103. The audiobook version serves as both narrative and documentary; though I generally prefer printed books, Englehardt incorporates a number of contemporary recordings that convey the immediacy of the emotions in a way unmatched by the printed word. Helen and Tony frequently communicated through audio recordings, and it’s both gratifying and saddening to hear Tony speaking months before his voice was silenced over Lockerbie.

Englehardt is a polished writer and accomplished storyteller, and her mastery of language and emotion makes for a compelling narrative. The Longest Night begins with a frantic recollection of a nightmare shortly before Tony’s death before proceeding to the night of December 21, 1988 (as an aside, it seems that many of the victims and family members had unpleasant dreams or thoughts of disaster in the months leading up to Lockerbie Air disaster). Helen learned of the crash relatively late in the evening; upon learning of the disaster, she initially made the decision to avoid the media, though she would eventually become more visible in the ensuing months.

From that awful night, Englehardt takes us through the days, weeks, and months following Tony’s death, through the eventual recovery, release, and burial of his body, through the questions, the grief, and her growing sense of indignation over the official investigation of the bombing. We learn of Pan Am’s callousness, of the kindness of strangers, and, perhaps most significantly, we learn about Anthony Hawkins, a creative, cheerful man with whom Helen shares a deep relationship. The narrative briefly breaks out of a strictly chronological format as Helen takes us back to the evening the two met at a New Year’s Eve party in the early 1970s; she recounts the nascent days of their relationship in a touching series of anecdotes that afford listeners a deeper picture of what was lost.

Helen uses a series of recordings from that era to expand on her storytelling. Particularly touching is a recording of a conversation with Alan, the couple’s young son, shortly after the tragedy. There are also a recordings of Tony’s memorial service, of a conversation between Englehardt and a driver who takes her around Lockerbie a few months after the tragedy, and of portions of a commemorative ceremony a year after the bombing. She incorporates the audio segments into the primary narrative effectively and seamlessly. They enhance the storytelling and provide a portal through which listeners can directly sense the emotions of 1988 and 89.

In addition to the flashback to the 1970s, Englehardt breaks out of the chronological format on several occasions; among these is her decision to read her husband’s autopsy years after receiving it. She shares a few details of the report, and though this portion of the audiobook isn’t marred by gratuitous details, it effectively and somewhat graphically drives home the physical and emotional consequences of the bombing.