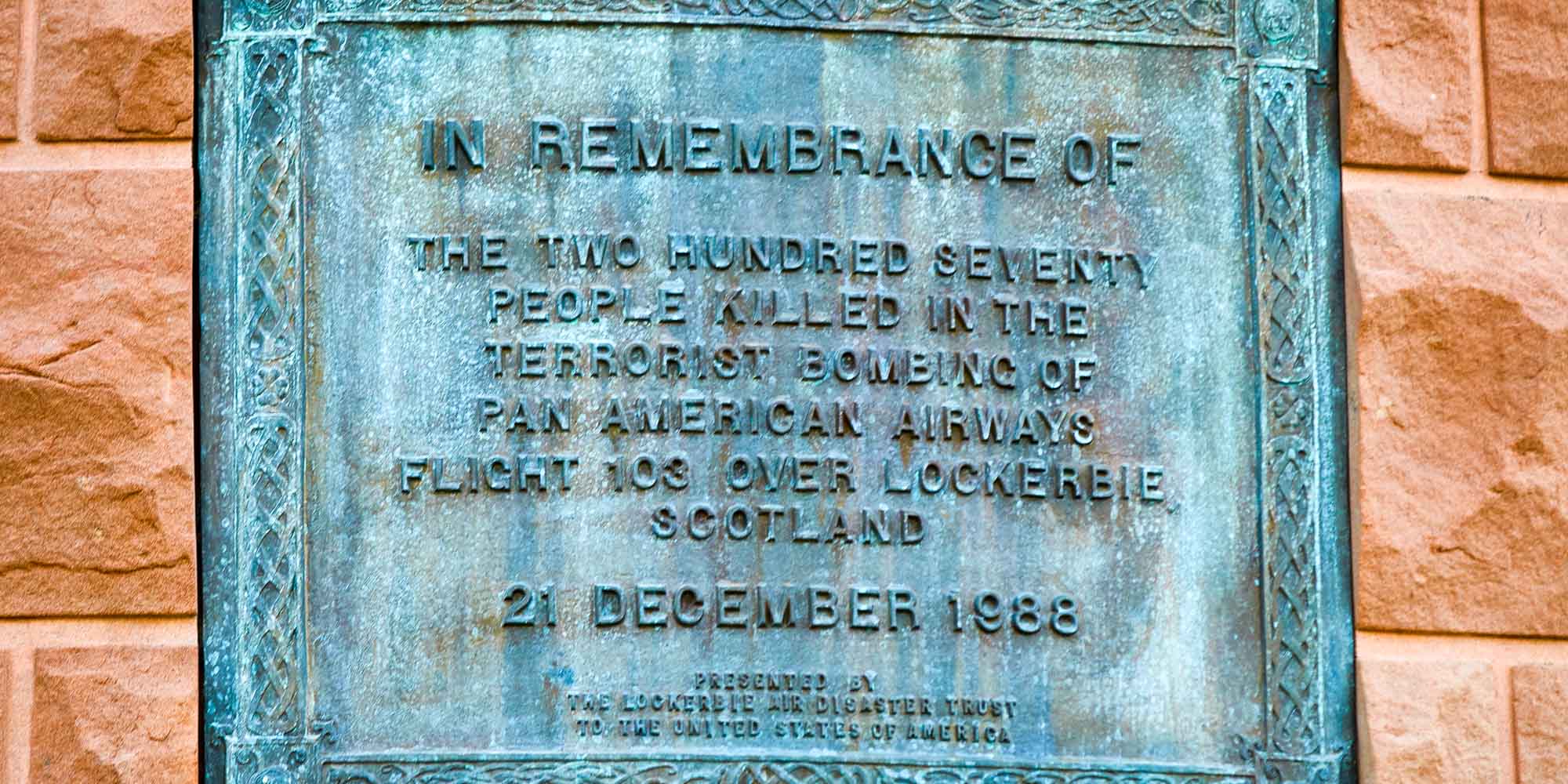 It’s no an exaggerator to say the Robert Muller, former director of the FBI and special counsel, has become a household hame in recent months, but for families and friends connected to the Pan Am 103 bombing, he was a tenacious advocate who often attended the annual memorial service in Arlington National Cemetery.

CNN’s profile of Muller examines his connection to that tragedy:

. . . it was his investigation into the 1988 terrorist bombing of Pan Am Flight 103 over Lockerbie, Scotland that would most profoundly affect him.
“It was a very personal and a pivotal investigation of his career,” according to Lisa Monaco, who served as Mueller’s chief of staff when he was FBI director. “It is something that has stuck with him, and I think it was because he was so affected by walking the ground in Lockerbie after that plane went down, seeing the remnants of that plane, seeing the piecing together of the plane and the Christmas presents the passengers on that plane were carrying home to their family members, and seeing that all literally get pieced together in a warehouse in Scotland at the beginning of the investigation.”
For years after the trial of the two Libyan terrorists, Mueller would quietly attend the annual December memorial service organized by the families, consoling those he had come to know well. When Scottish authorities announced in 2009 that they were releasing the one terrorist convicted in the case, Mueller was outraged.
“That did not sit well with him. He thought it was an injustice, a fundamental injustice for the families, and he did something very out-of-the-ordinary for him,” Monaco said.
Mueller wrote a scathing letter to the Scottish authorities, saying in part, “your action makes a mockery of the grief of the families who lost their own. … Where, I ask, is the justice?”
It was an unusual outpouring of emotion for a man who, according to those closest to him, regularly keeps to himself.

The letter Muller sent to Kenny MacAskill reveals the intensity of his connection to the bombing and his commitment to the families of the victims:

Over the years I have been a prosecutor, and recently as the Director of the FBI, I have made it a practice not to comment on the actions of other prosecutors, since only the prosecutor handling the case has all the facts and the law before him in reaching the appropriate decision.

Your decision to release Megrahi causes me to abandon that practice in this case. I do so because I am familiar with the facts, and the law, having been the Assistant Attorney General in charge of the investigation and indictment of Megrahi in 1991. And I do so because I am outraged at your decision, blithely defended on the grounds of “compassion.”

Your action in releasing Megrahi is as inexplicable as it is detrimental to the cause of justice. Indeed your action makes a mockery of the rule of law. Your action gives comfort to terrorists around the world who now believe that regardless of the quality of the investigation, the conviction by jury after the defendant is given all due process, and sentence appropriate to the crime, the terrorist will be freed by one man’s exercise of “compassion.” Your action rewards a terrorist even though he never admitted to his role in this act of mass murder and even though neither he nor the government of Libya ever disclosed the names and roles of others who were responsible.

Your action makes a mockery of the emotions, passions and pathos of all those affected by the Lockerbie tragedy: the medical personnel who first faced the horror of 270 bodies strewn in the fields around Lockerbie, and in the town of Lockerbie itself; the hundreds of volunteers who walked the fields of Lockerbie to retrieve any piece of debris related to the breakup of the plane; the hundreds of FBI agents and Scottish police who undertook an unprecedented global investigation to identify those responsible; the prosecutors who worked for years—in some cases a full career—to see justice done.

But most importantly, your action makes a mockery of the grief of the families who lost their own on December 21, 1988. You could not have spent much time with the families, certainly not as much time as others involved in the investigation and prosecution. You could not have visited the small wooden warehouse where the personal items of those who perished were gathered for identification—the single sneaker belonging to a teenager; the Syracuse sweatshirt never again to be worn by a college student returning home for the holidays; the toys in a suitcase of a businessman looking forward to spending Christmas with his wife and children.

You apparently made this decision without regard to the views of your partners in the investigation and prosecution of those responsible for the Lockerbie tragedy. Although the FBI and Scottish police, and prosecutors in both countries, worked exceptionally closely to hold those responsible accountable, you never once sought our opinion, preferring to keep your own counsel and hiding behind opaque references to “the need for compassion.”

You have given the family members of those who died continued grief and frustration. You have given those who sought to assure that the persons responsible would be held accountable the back of your hand. You have given Megrahi a “jubilant welcome” in Tripoli, according to the reporting. Where, I ask, is the justice?