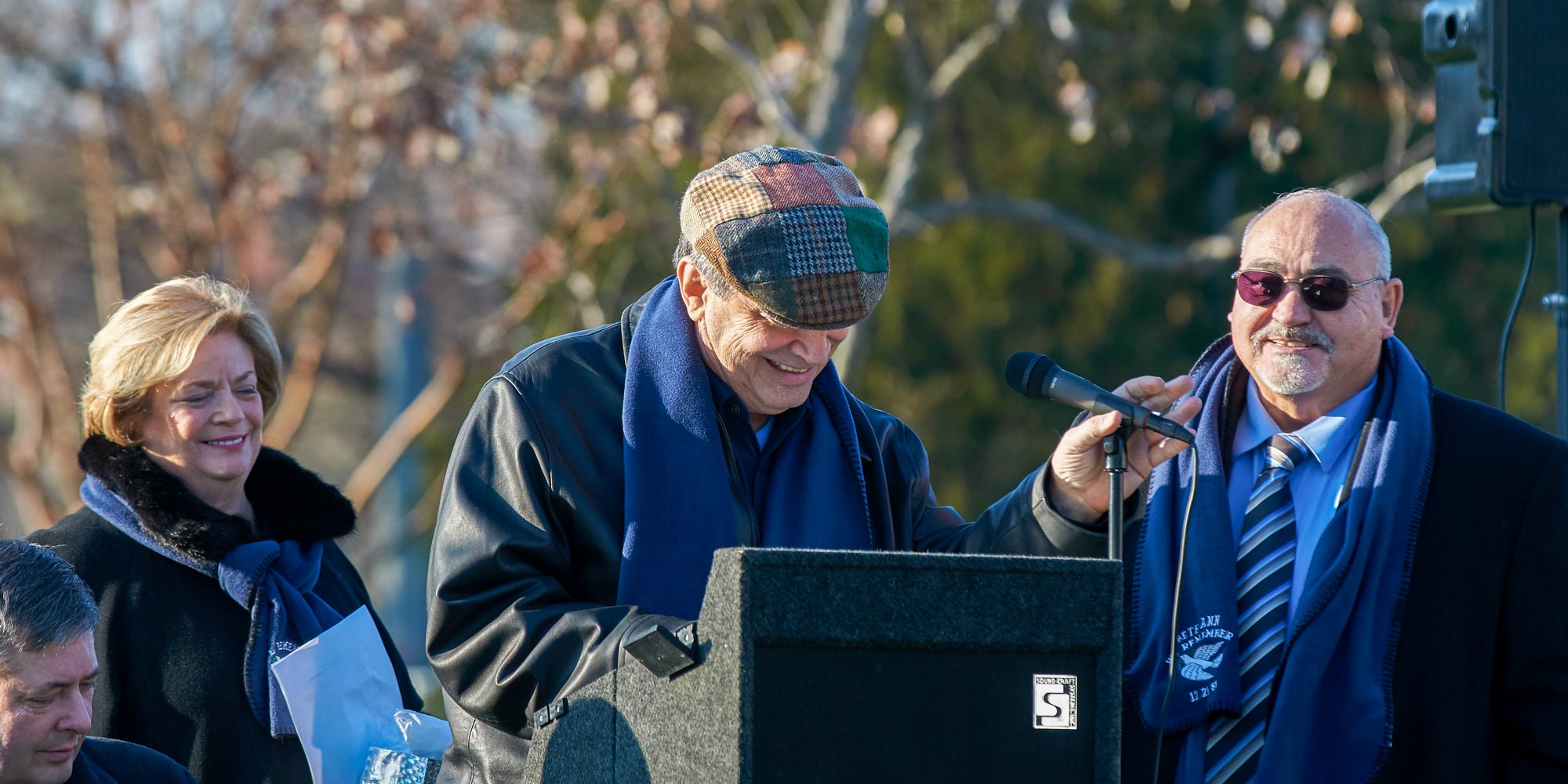 While a loose communication network of 50-100 persons has been operating for several weeks, a more formal support group of family members is still to be formed. A general organizational meeting will be held Sunday, February 19, 1989, at 3:00 p. m. at the Crow’s Nest meeting room on Rt. 17 in Hasbrouck Hts., N.J.

The friends and relatives gathering at the Crow’s Nest faced seemingly insurmountable obstacles. Nearly two months had passed since their loved ones perished thousands of miles from home. Already, news of Pan Am flight 103’s demise was rapidly fading from the headlines. The deadliest attack against U.S. civilians to date and the worst act of mass murder in the history of the United Kingdom was seemingly headed toward its place as a footnote in our collective memory, a victim of the cultural amnesia that often cloaks such events within weeks of their occurrence.

Worse, the relatives, disparate, diverse, and scattered about the nation in an era before the omnipresent reach of the internet and cell phones, faced a formidable opponent: Pan Am. Once the gem of the United States’s burgeoning passenger airline industry, the company had fallen onto hard times in recent years, yet they remained a powerful, influential, and well-connected force with the means and ability to resist the legal pressures it would soon face.

Making matters worse was the seemingly ambivalent response of government officials who, in spite of the bombing’s similarities with the 1985 attack on Air India Flight 182, were generally unprepared for the complexity of the investigation and the ensuing grief of the bereaved.

Then there were the treaties and political considerations, the Warsaw Convention’s limitations on liability, international laws restricting actions against sovereign states, and the simple fact that at this stage early in 1989, the largest criminal investigation in human history was still in its nascent stages.

All of this was enmeshed within yet another sobering realization: no one had ever really done this before. If mass terrorism was in its infancy in the dark days of 1988-98, so too was advocacy of this nature. Organizations focused on activism are often contentious even with a focused core of members with shared geographies and ideologies. Though united through grief and outrage, the friends and relatives gathered on February 19, 1989 often had little else in common. The odds of the group surviving, let alone emerging as political force to be reckoned with, were astronomical.

The several dozen relatives gathered together in Hasbrouck Heights that day in December wore images of their lost relatives on their clothes, grief and indignation on their faces, and steely determination in their hearts. Observers might have been quick to pick up on the sense of shock, the variegated shades of mourning, and the sense that the task ahead was herculean in nature, but many missed the resolve and collective intelligence that guided the relatives on a shared, if at times unclear, path forward.

From this modest beginning was born Victims of Pan Am Flight 103 (VPAF103). From its earliest days, the group would ascend the most public of stages in Washington D.C., New York, and, through its individual members, dozens of cities and towns throughout the United States and the world. Their protests, activism, and writings would ensure that those lost on December 21, 1988, would not be consigned to the past.

It was the very public nature of their chosen stage that brought attention to the group’s early difficulties, particularly the internal struggles that splintered the group in the early months. For a moment in time, the naysayers’ doubts about the viability of such a loose collection of sincere but vastly different individuals appeared, at least superficially, to be justified.

Those who doubted the group were wrong. They were very wrong. Instead, VPAF103 emerged from its days of dissent as one of the most formidable political organizations of its day. They helped to redefine airline liability laws. They brought an unprecedented awareness to the need for greater airline security. They, against intense pressure, brought sanctions against Libya that would eventually lead the some measure of justice against those responsible for the deaths of 270 people. They’ve provided comfort and aid to thousands of those who have lost loved ones in aircraft disasters. They lobbied for, funded, and built the Pan Am Flight 103 Memorial cairn in Arlington National Cemetery. They have, against the forces of history, kept alive the memory of those who died over, in, and around Lockerbie.

Today, nearly 3 decades after the tragedy of Pan Am 103, the group that by many accounts should have dissipated in the months after the bombing remains strong, vital, and involved 26 years after its first meeting at the Crow’s Nest